Aggressive, sensitive, shy… Communicate with your children in accordance with their personality traits to prevent unwanted behaviors!

All children reveal very different reactions and behaviors according to their character traits. Emphasizing that it is important for parents to gather information about the underlying causes of children's behaviors in order to raise awareness, Özay Günsel Children's University General Coordinator Child and Adolescent Psychologist Çağla Akarsel made suggestions to parents about how they should treat their children according to their traits.

Stating that there are various reasons behind children's undesired behaviors, Child and Adolescent Psychologist Dr. Çağla Akarsel warned that undesirable behaviors may increase if a communication is not established in accordance with the personality traits of children. Reminding that children can have personality traits such as overly sensitive, aggressive, and shy, Akarsel said that it is necessary to pay attention to what personal characteristics they have when communicating with children. 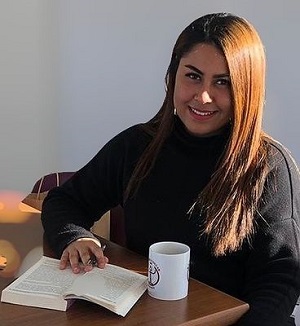 Set an example to aggressive children by expressing your own feelings!
Saying that some children have angry behaviors, Child and Adolescent Psychologist Çağla Akarsel said, “Aggressive children express themselves by constantly shouting, damaging things, and often with negative reactions such as rejecting their parents, teachers or family elders.” Stating that aggressive children are basically children who cannot recognize and understand their emotions, Akarsel said, “Parents need to approach aggressive children with a more tolerant attitude and must avoid reacting to anger with anger, and set an example for them by expressing their feelings. The parents' logical communication approach with the child in order to meet the basic need causing the anger will allow them to express themselves correctly.

Prepare shy kids before they venture into new environments!
Saying that shy children are children who are afraid of meeting new people and changes, always try to express themselves with the support of their parents, often hide behind their parents and communicate only with people they know. Child and Adolescent Psychologist Çağla Akarsel, emphasizing the importance of holding preparatory talks before engaging children in new environments, in order to ease the behavior of shy children, said; “Parents should talk to their children and make them feel better before meeting new people or being in a new environment.”

Özay Günsel Children's University General Coordinator and Child and Adolescent Psychologist Çağla Akarsel, who said that as Özay Günsel Children's University, they will hold many face-to-face and online seminars on parenting and child development during the 2021 Winter Academic Term, invited all parents to these seminars where they can gain awareness on how to communicate with their children in a healthy way.